Society has grown very reliant on mobile phones. According to Pew Research, 96% of Americans own a cell phone of some kind, with a whopping 81% of Americans owning a smartphone. It is assumed that since everyone has access to a cellular connection, reliable mobile communication is a given? However, the answer is not that simple.

Cell phones often fail in rural or remote locations due to interference or weak signals from mobile towers. Cell phone towers may also be overwhelmed with traffic during an acute crisis, which can cause them to be inoperational. While this is a significant problem, the direst issue to address is how to provide communications support to first responders.

It does not take such an extreme set of circumstances to see how emergency communications could benefit from an alternative to mobile phones. Considering the user interface of a cell phone and all its work to make a call directly to a single person, it becomes clear that mobile phones are not particularly efficient—nor do they allow for effective communications among groups of people.

The types of emergencies that benefit from the use of a two-way radio extend far beyond first responders. Any professional who has a potential liability, or is responsible for the welfare or outcomes of others, needs to be able to make decisions as quickly as possible. Two-way radios help make this possible.

The faster members of an organization can communicate with each other to handle a problem, the more effective its resolution may be. If a problem ever results in an appearance in court, liability may be minimized if the protocol was covered with an emergency pager and emergency walkie-talkie system in place, because this will demonstrate that the communications infrastructure was in place to support the best practices. In turn, this can reduce any loss of income that may result from any possible problems.

Most celebrated as the best emergency two-way radio are the Motorola TLK 100 and 150 emergency radios, which are affordable, effective, and have been around for decades—with enhancements over time to account for the evolution of digital technology. Some features that make this the leading emergency communications tool include:

Two-Way Radios Are Not Just For First Responders

Any business owner, manager, or administrator can be more confident in their team’s work if they can easily, swiftly communicate. While it is easy to think of first responders like EMS, firefighters, and police officers as the emergency responders that would benefit from a two-way radio, by no means are they the only ones who benefit. Two-way radios are widely used amongst the hospitality, property management, and education industries.

Any time there is any sort of infrastructural maintenance to take into account, two-way radios are a powerful tool. For example, a property management company can benefit from using two-way radios over cell phones in the event of a pipe break; there is no time to go to the phone, unlock it, dial each relevant team member, check one-by-one to see who’s closest and manually coordinate the response before then trying to track its progress through resolution. The far more effective solution is to use a two-way radio to communicate with the entire team to activate the fastest response and everyone is on the same page.

While hospitality managers and property managers regularly rely on two-way radios; so do schools. Whether public or private, if schools do not have the right tools in place to keep their students safe, they may face extensive liability. The speed to respond to a student’s injury can make or break the student’s health outcome, for which the school is responsible. Again, the use of a two-way radio allows for rapid coordination and action. 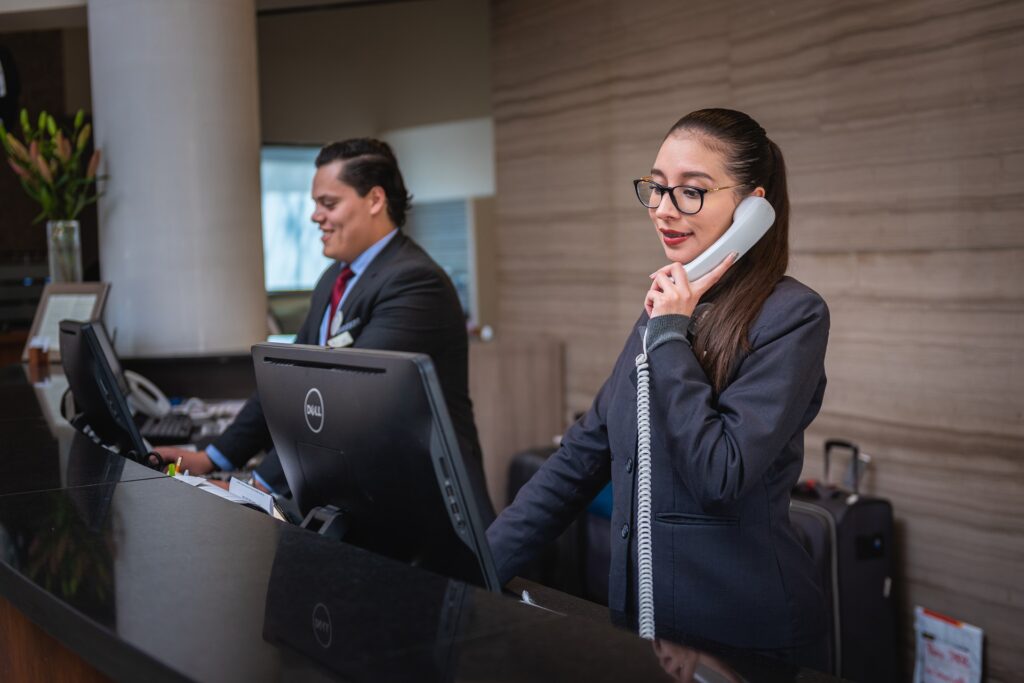 Implementing A Two-Way Radio System Within Your Business

These are but a sampling of the industries whose emergency communication can be positively enhanced with two-way radios, but we see that:

How does a two-way radio fit into your business’ needs? To explore the world of two-way radio communications in greater depth, visit Altech Electronics today.